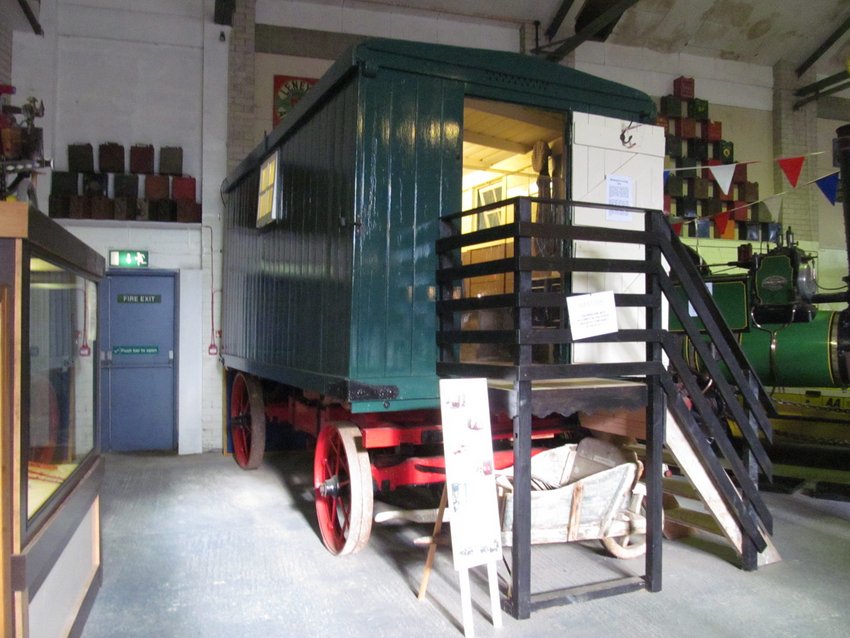 Workmen’s living wagons were once quite a common sight on the highways and by-ways of Britain. The vans were introduced in the mid 19th Century to provide temporary accommodation for road repair gangs who could be away from their depot for days at a time.

They were very functional but were warm and strongly made. They would usually be towed behind a steam roller similar to the Aveling & Porter roller displayed alongside the van in the museum. Some vans continued in use until the late 1950s.

This van was restored by Dover Transport Museum Society members.