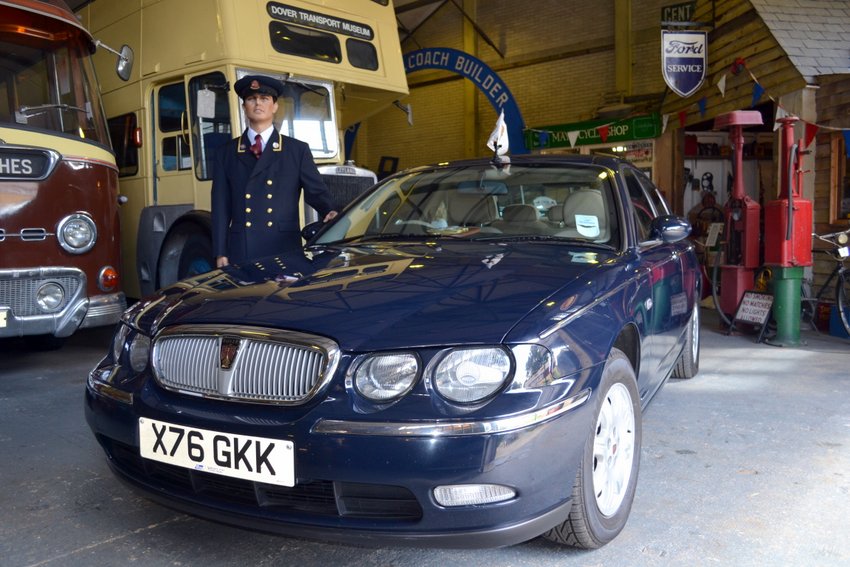 This Rover 75 was “retired” in 2013 having served as the Dover Town Mayor’s official car since 2000. Although very young to be a museum exhibit, the Rover is a quality car that will one day be considered a “classic”.

The car served 14 Mayors, attending some 3250 functions in the care of the Town Sergeant. The “new ” Rover 75 made its first appearance at the Motor Show in October 1998. It was the first Rover to be designed wholly by Rover for more than 20 years.It’s elegant styling, both inside and out, are hallmarks of this great British marque.