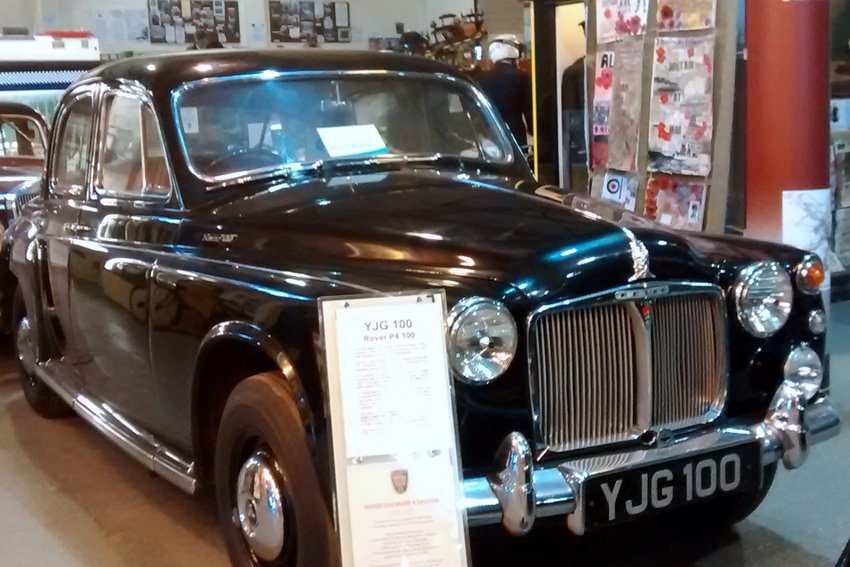 The Rover P4 series comprised several models made between 1949 and 1964.

The first was the 1949 6 cylinder P4 75, commonly called the ‘Cyclops’ because of its centrally mounted third headlamp. In 1959/1960 the range was cut to two models, of which the most impressive was the 100 m.p.h. 6 cylinder P4 100.  It had a luxurious wood and leather interior and servo assisted disc brakes and overdrive. The styling of the cars was influenced by American Studebakers. 16,621 were built. This car is part of the Barrett’s collection cared for by the museum.