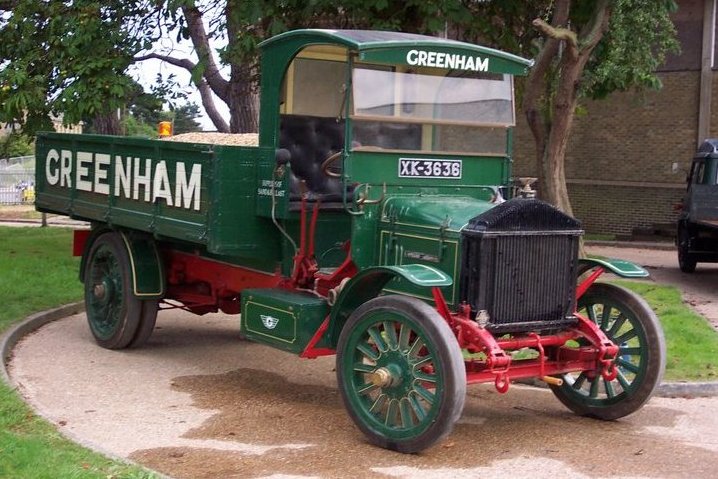 Our 1914 R7 5 ton truck is a veteran of the First World War and one of only three known survivors of the type. By the end of the War, the American Pierce Arrow Company had delivered many thousands of trucks to the French and British Governments for military use. This truck was discovered in 1983 in a scrapyard in Chambost-Allières having been abandoned by a travelling funfair. It was brought to the UK and restored by the Greenham Sand & Ballast Co., Ltd. The company had operated a fleet of forty Pierce-Arrows in the 1920s.  The vehicle is now owned by the Brett Group of companies and is cared for by Dover Transport Museum.  It is, mechanically, largely original and is in running order.

We use cookies to ensure that we give you the best experience on our website. If you continue to use this site we will assume that you are happy with it.OKNoRead more