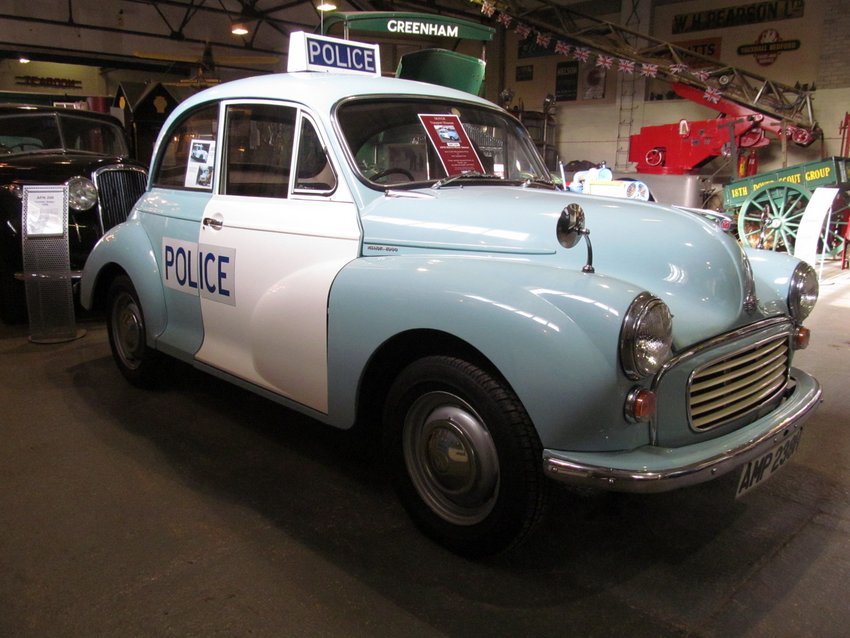 The famous Morris Minor design dates back to 1941 but it was not until 1948 that the car was first shown at the Earls Court Motor Show.

The Minor was designed by Alec Issigonis and more than 1.6 million were manufactured between 1948 and 1972 when production of both cars and vans ceased.

The Minor in the museum has the robust 1,098 cc ‘A Series’ engine and, as a 1970 model, is one of the last Minor saloon cars made. AMP 238H was bought by the Metropolitan Police for use as a “Panda” car. Such cars were said to enable patrolling constables to cover their “beat” areas more efficiently.