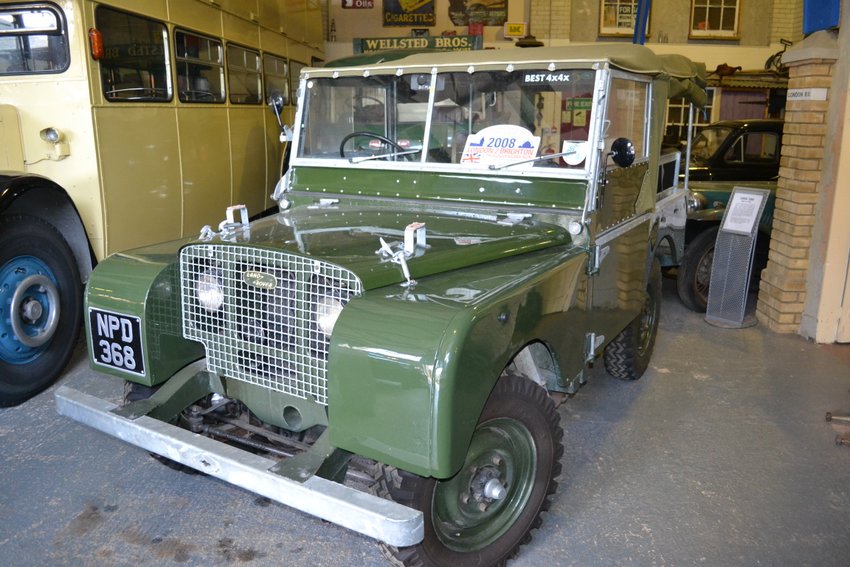 NPD 368 is a rare series 1 Land Rover and was first registered with Surrey County Council on 28th June 1949. It had two owners before being acquired in 1993 by Messrs Barretts of Canterbury who had been Land Rover agents in 1948 and were looking for a Series 1 model with which to celebrate the 50th anniversary of Land Rover. It is part of the Barrett’s collection now cared for by the museum.   NPD 368 was fully restored and has since participated in many vintage Land Rover events.  The vehicle has a 1.6 litre petrol engine