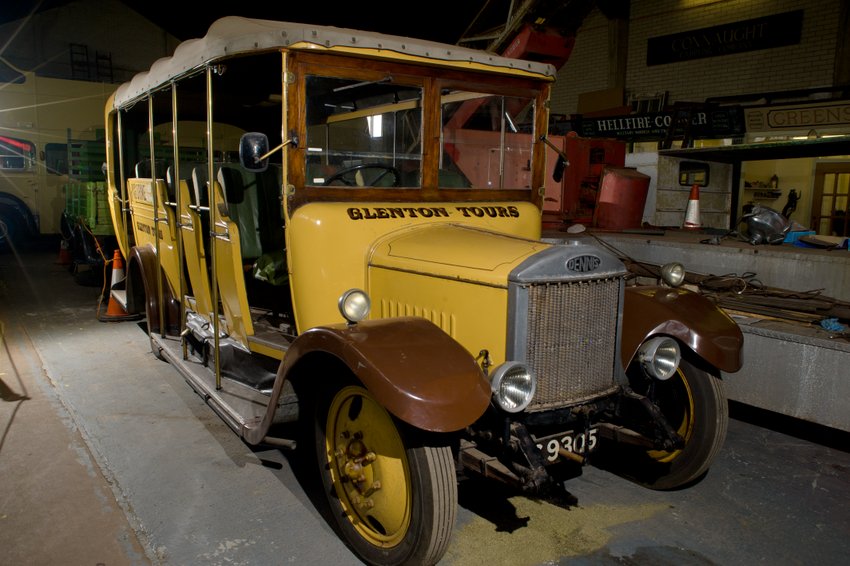 Dennis made their first motor car in 1898 but were chiefly manufacturers of commercial vehicles, particularly buses, fire engines, and lorries. CC 9305 is a 1929 Dennis GL fitted with a “toastrack” body for Llandudno Urban District Council who used it for tours of the Great Orme until 1953.  It was acquired in the 1960s by Glenton Tours of Peckham Rye and now carries the Glenton Livery. CC  9305 is powered by a 2.7 litre Dennis petrol engine which is in running order, having been overhauled recently by the museum’s volunteers.